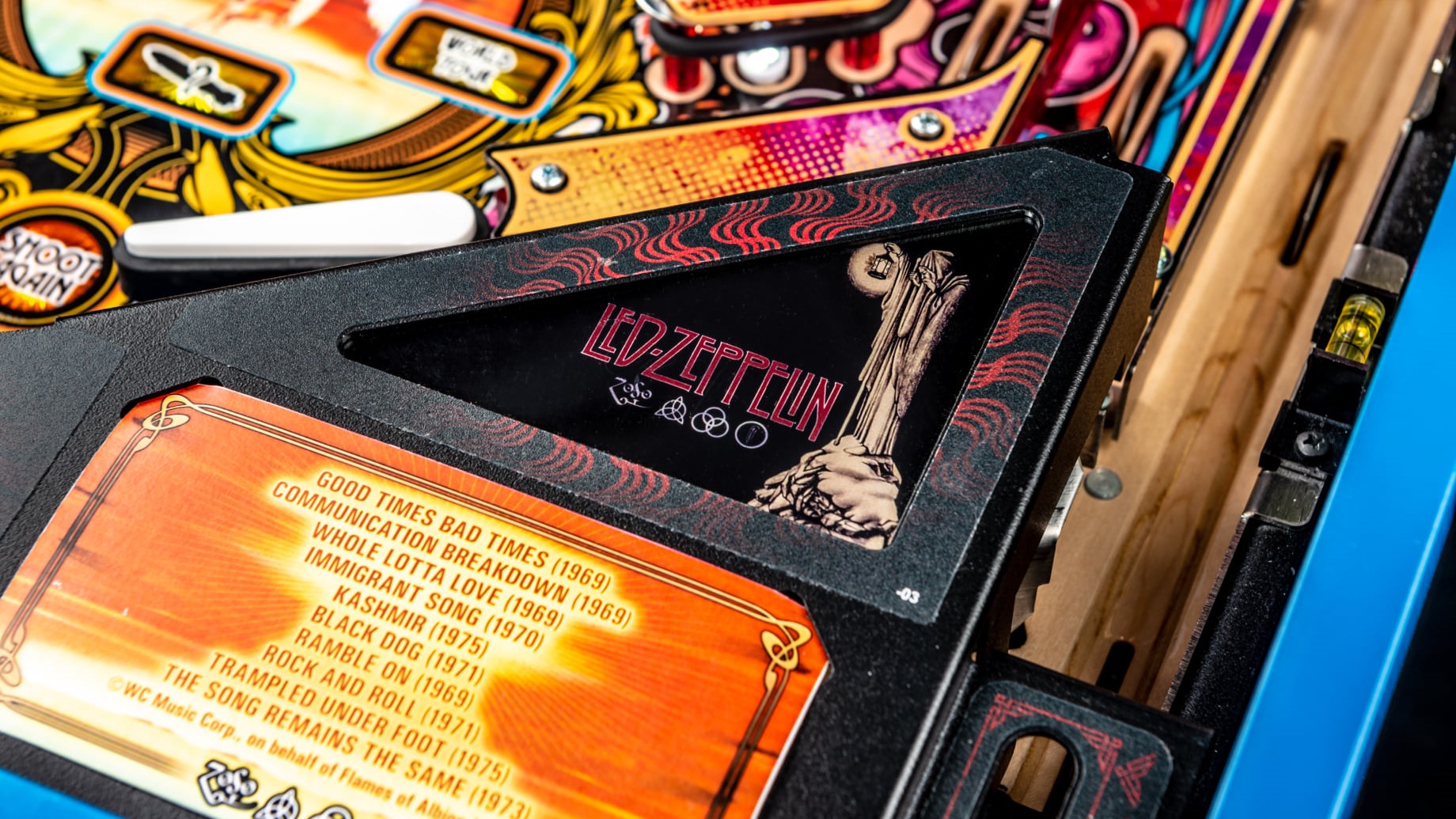 The Pro, Premium, and Limited Edition models will all feature unique artwork representing different eras of the classic band.

“In this high energy rock and roll pinball concert experience,” Stern shares of the new device, “pinball and music are fused together.  Players are transported back to Led Zeppelin’s early days and tour the world from 1968-1980.”

The game will include ten iconic Led Zeppelin songs including:

“There is nothing more energizing and fun than bringing pinball and music together,” Stern CEO Gary Stern has stated.  “Partnering with Led Zeppelin, we created a one-of-a-kind pinball experience.  It’s our dream goal to create a pinball machine with this iconic rock band.”

The device will arrive stacked full of references to Zeppelin’s classic iconography, including a model Zeppelin.

There is no word on the release date but with 2020 drawing to a close, the rollout will likely occur in 2021.

Which, is shaping up to be a fine year for Led Zeppelin fans.

A long-awaited authorized documentary initially expected for 2021, may also see a possible release.

Guitarist Jimmy Page has also stated the coronavirus lockdown has made him consider performing live once more.

“When we first went into lockdown,” Page informed GQ earlier this year, “I thought, ‘Right, now’s the time to start thinking about coming back at some point and being able to perform.”

(The prospect of any future Led Zeppelin or Page-Plant projects remains unlikely.)