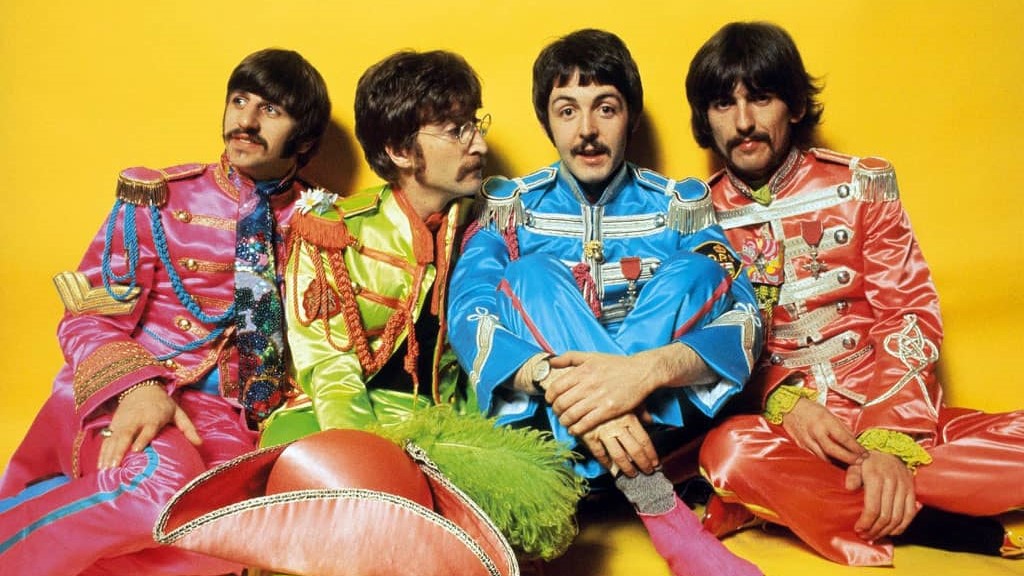 Sgt. Pepper’s is no longer The Greatest Album of All Time says Rolling Stone

The Beatles‘ Sgt. Pepper’s Lonely Hearts Club Band is no longer The Greatest Album of All Time according to Rolling Stone.

The poll also places Beatles’ most celebrated work behind the band’s own Revolver at Number 11 and Abbey Road at Number 5.

“[The Beatles] were never more fearless and unified in their pursuit of magic and transcendence,” Rolling Stone wrote of the album in 2003. “Sgt. Pepper formally ushered in an unforgettable season of hope, upheaval and achievement: the late 1960s and, in particular, 1967’s Summer of Love. In its iridescent instrumentation, lyric fantasias and eye-popping packaging, Sgt. Pepper defined the opulent revolutionary optimism of psychedelia and instantly spread the gospel of love, acid, Eastern spirituality and electric guitars around the globe. No other pop record of that era, or since, has had such an immediate, titanic impact.”

In 2020 it appears The Beatles’ opus no longer holds the same currency with the some 300 musicians, critics, and music industry workers who participated in the poll

Despite its reduced position, the magazine’s take on the album remains a positive one.

“The Sgt. Pepper premise was a license to take their music in every direction,” reads Rolling Stone‘s reappraisal, “rock spent the rest of the Sixties trying to keep up.”

The ranking has sparked division amongst music fans.

Some applaud the publication’s race, genre, and gender inclusive list.

Others consider these new rankings out of step with the spirit of the magazine.

First published on November 9, 1967, the San Francisco music paper famously built its reputation on the close connection with the Beatles.

Its first issue featured Beatle John Lennon on the cover.

Until the Beatles’ breakup in 1970, each edition of Rolling Stone devoted a great portion of its pages to the Fab Four.

Members of the band and their entourage frequently provided in-depth interviews.

This included John Lennon, whose controversial 1970 conversation with editor Jann Wenner made several startling revelations about the dark side of Beatlemania and his time in the Fab Four.

(The magazine also played a large part in popularizing the longstanding Paul Is Dead conspiracy theory.)

Intent on making a break from the past, Rolling Stone’s current 500 Greatest Albums of All Time list prefers Marvin Gaye’s 1971 exploration of race, war and civil unrest in modern America to the Beatles own love-based maxims.

As with Gaye’s work, the Beatles music also arrived during a period of political upheaval.

For the band’s American audience, the album was released in the midst of the Vietnam War and an unprecedented rift between the nation’s youth and the generation before them.

For many within the freedom-loving counterculture, the metaphorical Sgt. Pepper was taken as a personification of an authoritarian establishment.

Though far from “selling out” the Beatles, at least in the eyes of their hippy fans, had subverted this authoritarian figure into an avatar of peace and love.

“After the apocalypse of Hitler,” poet Allen Ginsberg shared of the album in 1987, “and the apocalypse of The Bomb, there was here [in Sgt. Pepper’s Lonely Hearts Club Band] an exclamation of joy, the rediscovery of joy and what it is to be alive… [the Beatles] showed awareness that we make up our own fate, and they have decided to make a cheerful fate. They have decided to be generous to Lovely Rita, or to be generous to Sgt. Pepper himself, turn him from an authority figure to a figure of comic humor, a vaudeville turn.”

“Some of the wilder and crazier radicals were saying ‘kill the pigs’,” Ginsberg contended. “[The Beatles] were saying the opposite about old Sgt Pepper. In fact, the Beatles themselves were dressing up in uniform but associating themselves with good old-time vaudeville authority rather than sneaky CIA, KGB or MI5. It was a cheerful look around the world… for the first time, I would say, on a mass scale.”

Is Rolling Stone‘s latest Beatles bump a reflection of a permanent cultural shift?

It may suggest that the Fab Four’s message no longer holds the same resonance in the minds of a younger generation of fans.

Or is it simply a bid to make a provocative statement in light of North America’s present political turmoil?

Only time may tell.