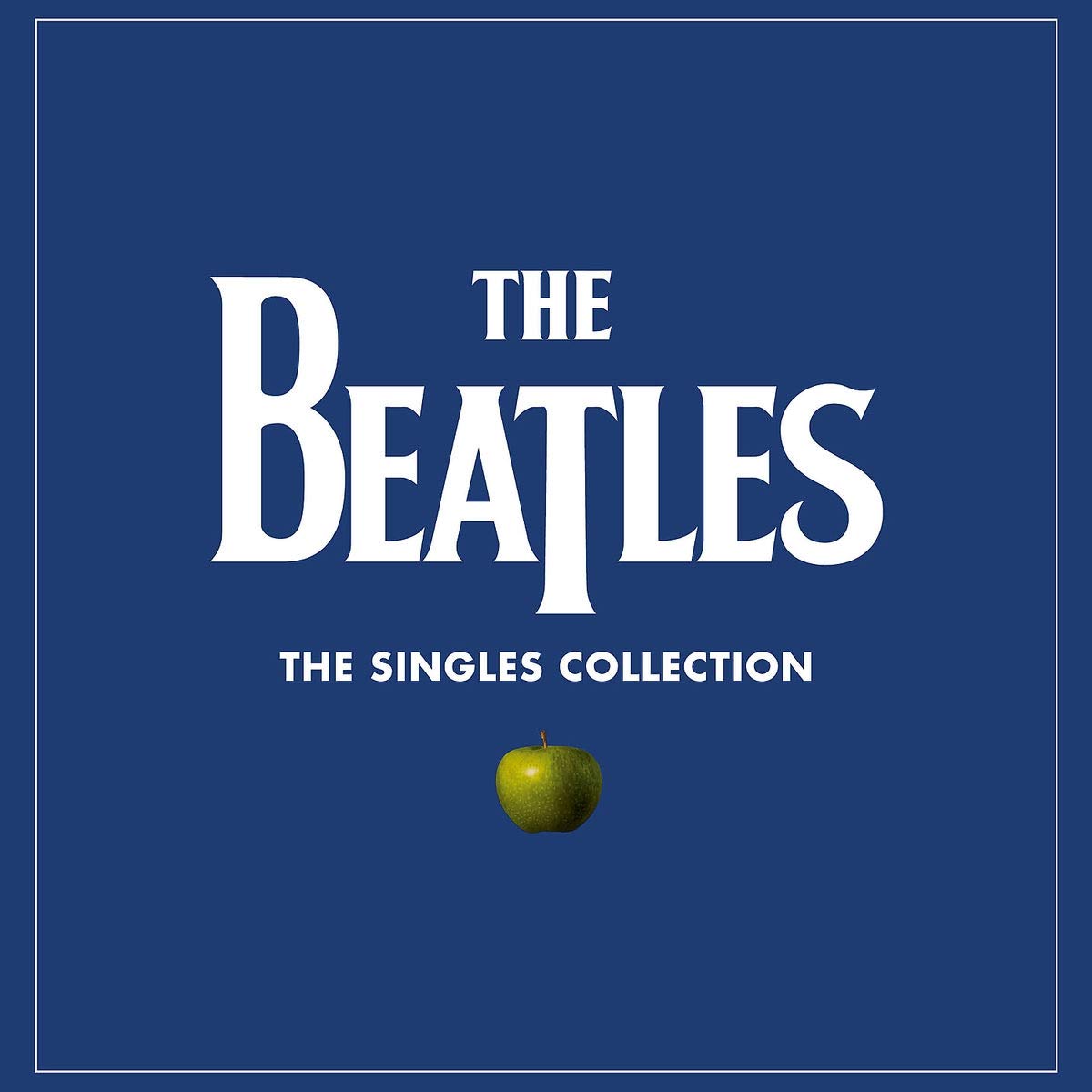 Review: The Beatles ‘The Singles Collection’

The Beatles may have transformed the album into an artform, but it was with their singles that they made their name. After all, it didn’t debut album Please Please Me which kicked off Beatlemania, it was ‘From Me To You’, ‘She Loves You’ and ‘I Want To Hold Your Hand.’ Their singles also carried some of their greatest creative strides. Psychedelia didn’t start with Revolver it arrived with b-side ‘Rain.’ While an album mentality increasingly came to dominate the Beatles’ thinking as they moved towards their inevitable demise, it was singles ‘Free As A Bird’ and ‘Real Love’ that brought Ringo Starr, Paul McCartney and George Harrison back together in the 1990s to for their final Beatles moment.

High concept albums won the band a mature following they would never otherwise have found but it was chart-topping hits which took the Fab Four to the masses and kept them there. Lennon and McCartney weren’t just songwriters of the highest order, they were hitmakers. Coming to the Beatles through their singles casts aside the pileup of album-centric historical narratives surrounding the group and presents them as they really were.

John Lennon would no doubt agree. As with most things, Lennon lacked the patience for albums. He was a singles guy. Accounts of his post-Beatles life in the 1970s often depict him lounging in a room surrounded by 7-inch rock ‘n’ roll vinyl. He loved songs, not albums. After the Beatles dissolved it wasn’t a #1 album he craved, it was a chart-topping single. (Something that, after many years of frustration, Elton John eventually assisted him in achieving with 1974’s ‘Whatever Gets You Thru the Night.’)

But back to the Beatles. When they released collection of non-album singles Hey Jude (also known as Beatles Again) in 1970 it was a revelation. This bucket o’ songs was, despite its lack of unity, something many fans deemed worthy of standing beside the Beatle’s albums proper. While the real motivation to release the compilation was to relieve the band’s financial woes, it collected an album’s worth of material so diverse it was long considered essential listening until supplanted by 1988’s Past Masters. The Singles Collection, for those who can afford it,  takes this a step further, compiling the most stylishly assembled presentation of Beatles singles to date. Chronologically it traces the Beatles roots in compact pop and then ventures into a raft of music that would never have broached the Top 40 but for the band’s penchant for pulling off the impossible – what album could have contained ‘Hey Jude’? – before taking the listener back to the four’s roots before the final curtain.

Each of the Beatles’ singles arrives as either a short, sharp burst of energy or moment of emotional revelation. Once they hit, the listener is never quite the same.  The Singles Collection captures the Beatles’ energy at its most elemental.