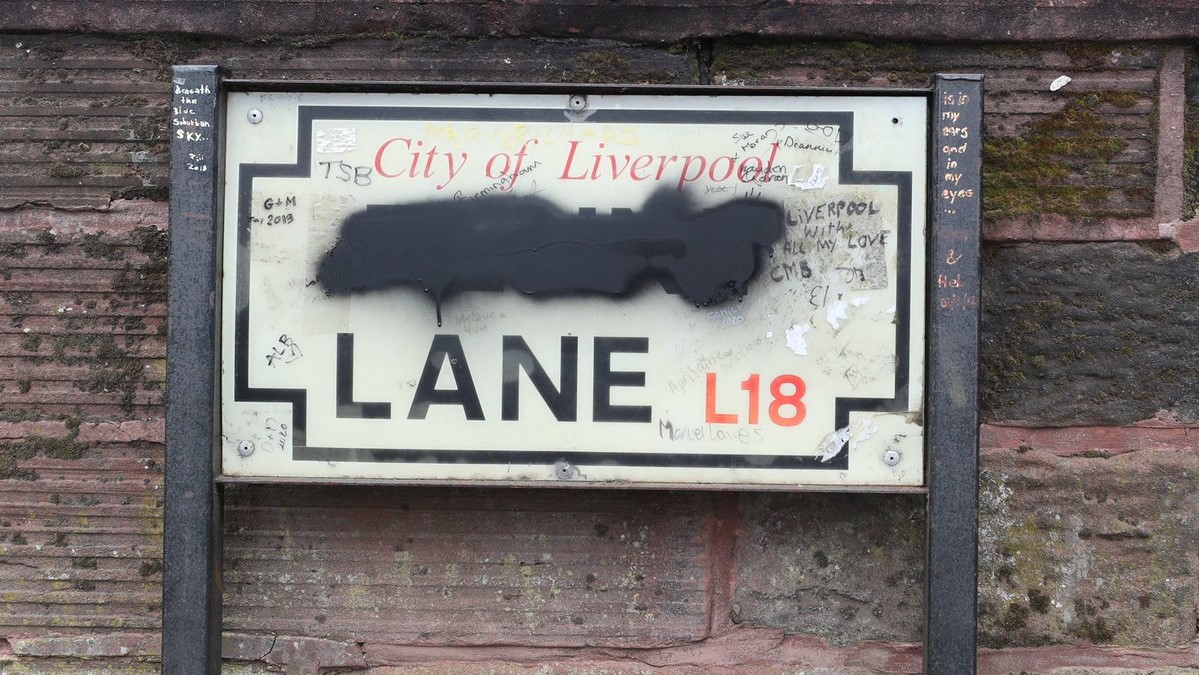 Streets signs in Penny Lane Liverpool, a street made famous by The Beatles‘ 1967 single of the same name, have been defaced ahead of anti-racism protests.

The act has caused a stir in the local community.

Those opposing racial inequalities claim the signs act as a symbol of oppression.

Prior to the abolition of slavery, the port city of Liverpool was a hub for the global slave trade.

Stolen from Africa and forced to live in horrific conditions, thousands of slaves past through Liverpool on their way to the Americas.

A key figure in the trade was James Penny.

The 18th-century merchant accrued an enormous fortune from the suffering of others and was an active pro-slavery advocate in British parliament.

Protestors argue Penny Lane took its name from the slaver.

Other Liverpool residents are not so sure.

Representatives of the city’s International Slavery Museum have stated that they are not certain whether the street was named after James Penny.

(Research is currently underway to verify the claim.)

Historian Laurence Westgaph thinks differently, sharing with the BBC they think the city is “not doing enough” to acknowledge the city’s dark and racist past.

Liverpool mayor Joe Anderson has expressed that he is “frustrated” with the “defacement of our street signs”.

“[It] does nothing to further advance the argument and the debate around Black Lives Matter here in Liverpool,” he shared.

One of the defaced signs was autographed Paul McCartney, who visited the area during an episode of James Corden’s Carpool Karaoke in 2018.

The Beatle wrote the song ‘Penny Lane’ about the street and other Liverpool locations after hearing John Lennon‘s own tribute to his childhood home ‘Strawberry Feilds Forever‘.

“A lot of our formative years were spent walking around those places,” McCartney shared in The Beatles’ Anthology series. “Penny Lane was the depot I had to change buses at to get from my house to John’s and to a lot of my friends. It was a big bus terminal which we all knew very well. I sang in the choir at St Barnabas Church opposite.”

A vocal advocate for racial equality McCarney has yet to comment on the signs’ defacement.