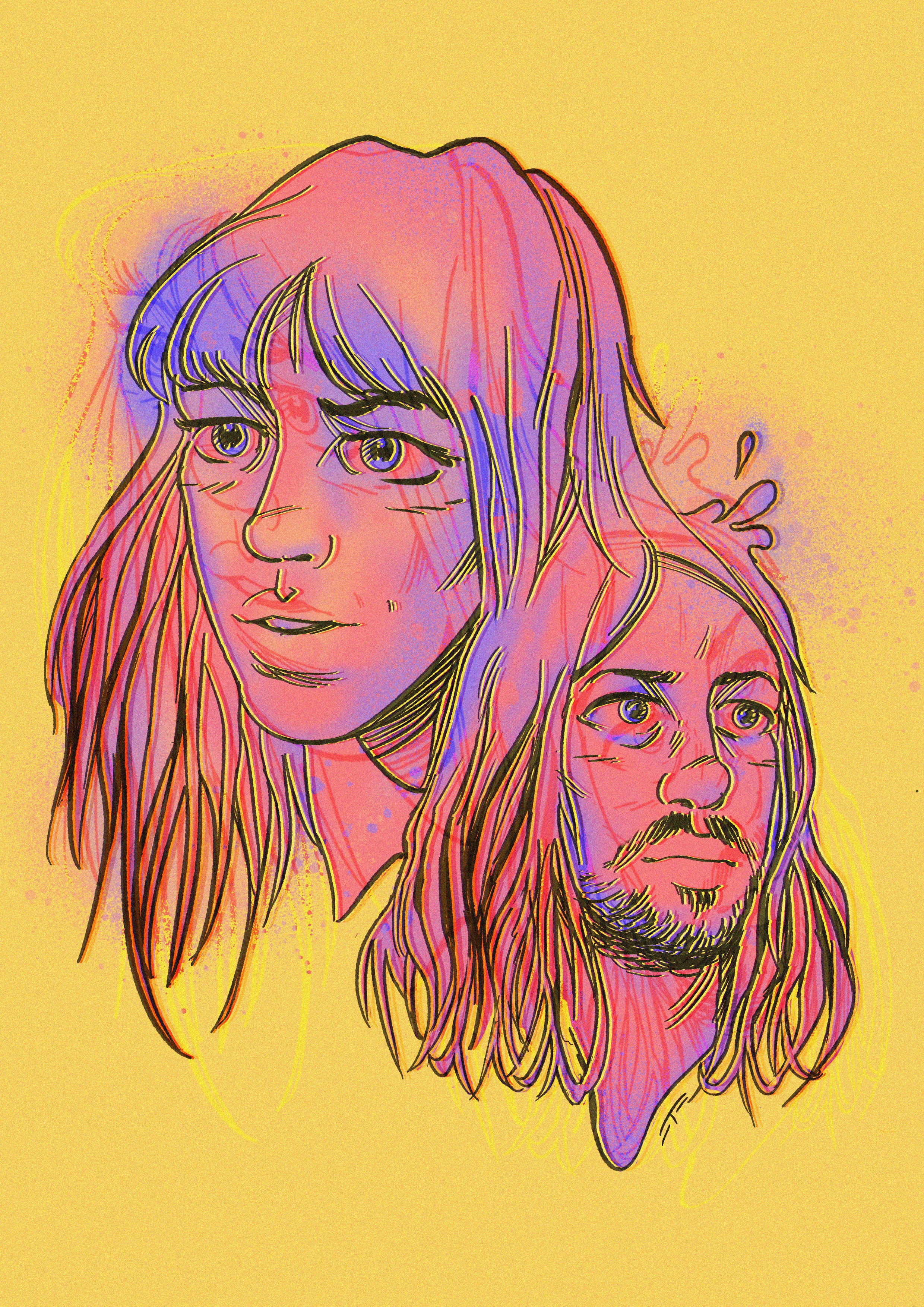 Melody Prochet began her musical journey in Southern France. Growing up trained in classical music, at 19 she found herself at an impasse. While she still possessed an enduring love of composers like Claude Debussy and Olivier Messiaen, classical music’s rigid formality cast a stifling presence upon her own creative ambitions. Seeking a more destructive outlet, she found it in the psychedelic sounds of Spiritualized, Red Krayola and CAN. And, after performing as one half of duo The Narcoleptic Dancers, Melody founded psychedelic outfit My Bee’s Garden and began performing across France.

At the same time, another act was beginning to take the world by storm. Capitalizing on the momentum of debut album Innerspeaker, Tame Impala’s Kevin Parker began touring internationally. As fate would have it, My Bees Garden supported Tame Impala on one of its early European tours. After trading demos and other musical enthusiasm on the road, Kevin and Melody started dating. When Kevin left France, Melody went too, taking up residence in a Perth share house with Parker and his bandmates.

To make one thing clear, Melody’s Echo Chamber is not, as many contend, a Tame Impala album which was lost along the way. While some equate Kevin Parker and Melody Prochet’s relationship to John Lennon and Yoko Ono’s, Prochet and Parker were in truth more akin to the Beatles and George Martin: Prochet provided the songs, Kevin sculpted the sound.  Acting as what Prochet would later term a ‘complementary opposite’, Parker stood back, his role more as a catalyst than an equal partner. He was there to help Prochet capture her “dream sound”, to bring to life the vision she had for many years carried inside her head.

This could be no clearer listening to the opening guitar lines of Melody’s Echo Chamber’s first song ‘I Follow You.’ Recorded crudely with bricks acting as equipment stands in Parker’s home studio in Perth, the track breathes with a sense of uncleanliness. And this, the complete abandonment of any kind of professionalism, is what sets the album apart from the more pristine production of Prochet’s earlier projects.  The album Melody produced with Kevin plays out less as the brainchild of two people in love, and more of a collaboration between two musical obsessives, each looking to break the minutiae of the recording process down to its last and solitary atom.

While Kevin Parker is a remarkable songwriter, here the credit goes to Melody. Prochet had a strong vision for the album before recording started, composing songs and creating demos while living at her parent’s seaside home in Southern France. Tracks ‘Crystallized’ and ‘Some Time Alone, Alone’ reflect this, showcase the tension between classical sensibilities and crashing psychedelic sounds which lays at the heart of her musical persona.

Kevin’s contribution to the album as a musician, while vastly overstated by some, should by no means be discounted. In addition to recording Melody, Parker served as Prochet’s rhythm section, giving the album its distinctive drive. Recording sessions often began with Parker laying down a simple drum pattern to inspire the recording’s mood.

Overall though, this is Melody’s album. It was she who provided the record its emotional character. The album, despite being punchy and brash, has a stark sense of loneliness running throughout. This is in part to Melody’s feelings of isolation living half a world away from home, surrounded by new friends in a hot and unfamiliar environment. Her feelings of seclusion intensified when Kevin left Perth to tour Lonerism, an absence which left Melody to her own devices in his studio. Many of the album’s final cuts were recorded in this time, entirely without Kevin’s influence. Carrying her feelings on her sleeve, Melody cuts loose on ‘You Won’t Be Missing That Part Of Me’ and ‘Mount Hopeless’.

Many Tame Impala fans have been quick to contend that Kevin Parker’s influence sits all over Melody’s Echo Chamber. But just as easily, it can be argued that Prochet’s influence sits all over Tame Impala’s own 2012 album Lonerism. Recording sessions for the two albums overlapped and wavering synths, braggadocious drums, as well as washed-out guitar features on both. Playing the role of the album’s narrator Kevin Parker often drifts into a state of infatuation with a lover, all but sings Melody’s name on ‘Nothing That Has Happened So Far Has Been We Could Not Control’.  The song’s childlike sense of innocence mirrors Melody’s Echo Chamber‘s own closing track, ‘Be Proud Of Your Kids’.

Melody’s Echo Chamber is now a time-capsule, its recreation an impossibility. Soon after it was recorded, Kevin and Prochet went their separate ways. As Tame Impala pushed on to new heights of fame and acclaim, Melody floundered. After an unsuccessful attempt to record a follow up with Parker was scraped, Protchet’s ongoing struggle with writer’s block provided it would be more than half a decade before she followed up her debut.  Kevin’s influence was what made the debut album’s creation simpler Melody later conceded, and it was hard finding that same kind of alchemy again. After a life-threatening car accident in 2017 shook her out of what she described as “a destructive pattern of living”, Melody finally rediscovered her muse. After traveling to Norway to record with members of Dungen, she released second album Bon Voyage in 2018.

Melody’s Echo Chamber’s two creators each provided an essential element. Both catalyzed one another into a creative headspace which pushed past the parameters of their previous limitations. 8 years later, Melody’s Echo Chamber remains a masterwork of the psychedelic sound.  Its two creators Parker and Prochet invented something together, an album wouldn’t have existed without the each of the pair’s own creative talents, but the presence of Prochet’s collaborator can only faintly approach the boldness and vision she herself bought to the final product. This is Melody’s album and no one else’s.