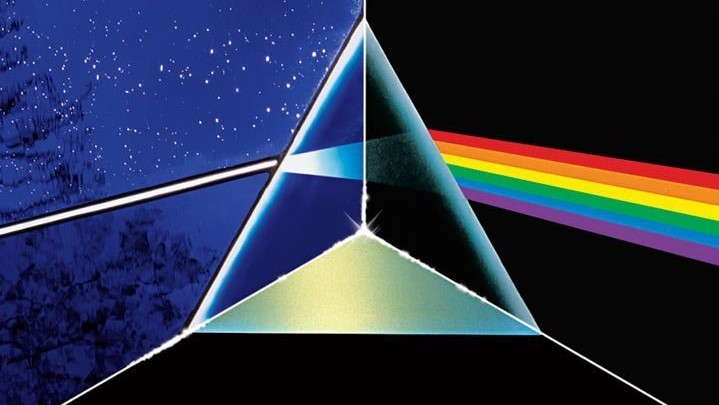 “My view is that there was no single reason” Pink Floyd drummer Nick Mason writes of The Dark Side Of The Moon in 2004 book Inside Out, “but a number of factors working together and multiplying the effect.”

Having said this, there is one factor he believes weighs above all others.

“The primary reason – which is true of any great album,” he notes, “is the strength of the songwriting. Dark Side contained strong, powerful songs.”

“The overall idea that linked those songs together,” he continues, “the pressures of modern life, found a universal response and continues to capture people’s imagination.”

The album’s lyrics provided primarily by Roger Waters, who had assumed chief writing duties after Syd Barrett’s departure from the band, also played a significant part.

“The lyrics had depth,” Mason explains, “and had a resonance people could easily relate to and were clear and simple enough for non-native English speakers to understand, which must have been a factor in the intentional success.”

“You can’t write anything that communicates to other people through music or word or language,” he shared,  “that will last unless the connections you’re making with humankind are real and unless you really care about them. You need to be a slave to your emotions in order to be a decent writer, in my view. And I think people recognize that.”

In his book, Floyd’s drummer also notes the significance of the instrumental elements provided by Rick Wright and David Gilmour.

“The musical quality spearheaded by David’s guitar and Rick’s keyboards,” he suggests, “established a fundamental Pink Floyd sound. We were comfortable with the music, which had time to mature and gestate through live performances.”

“In addition,” Nick continues, “the album was state of the art – courtesy of the skills of [recording engineer] Alan Parsons and [mixing engineer] Chris Thomas.”

4. The Rise Of Hi-Fi Culture

Mason contends there was also an element of luck at play.

The band’s decision to make a high-fidelity arrived at the perfect time.

“Hi-fi stereo had only recently become a mainstream consumer item,” the percussionist recalls, “an essential fashion accessory for the 1970s homes. As a result, record buyers were particularly aware of the effects of stereo and able to appreciate any album that made the most out of its possibilities. Dark Side had the benefit of becoming one of the definitive test records that people could use on their hi-fi systems.”

“The packaging of the album by [Hipgnosis designers] Storm [Thurgonson] and [Aubery ‘Po’ Powel] was clean, simple and immediately striking,” Mason enthuses, “with a memorable icon in the shape of a prism.”

Prior to the release of Dark Side of the Moon in 1973 Pink Floyd, while having a sizeable live following in the US, had done poorly in terms of albums sales.

Mason’s contention is that the band’s record label Capitol wasn’t really making much of an effort to promote the group’s work, treating them more like esoteric jazz albums than rock records.

Convinced Dark Side was their best work to date, the band and sympathetic label executive Bhaskar Menon strongly petitioned the band’s label to lend their full support.

And to the credit of all involved, they succeeded.

When Dark Side arrived, Capitol was more than willing to give the record the all-important push.

“The record companies handling the album threw every ounce of heavyweight marketing muscle they possessed behind it,” Nick recalls. “A totally committed record company is a fearsome and powerful machine and without doubts, their efforts contributed to the album’s success.”

For Mason, there’s no skirting around the topic.

“And last,” he notes, “but possibly not the least, one music critic commented that it was a great album to make love to.”

The rest, as they say, is history.

You can order a copy of Nick Mason’s Inside Out here.