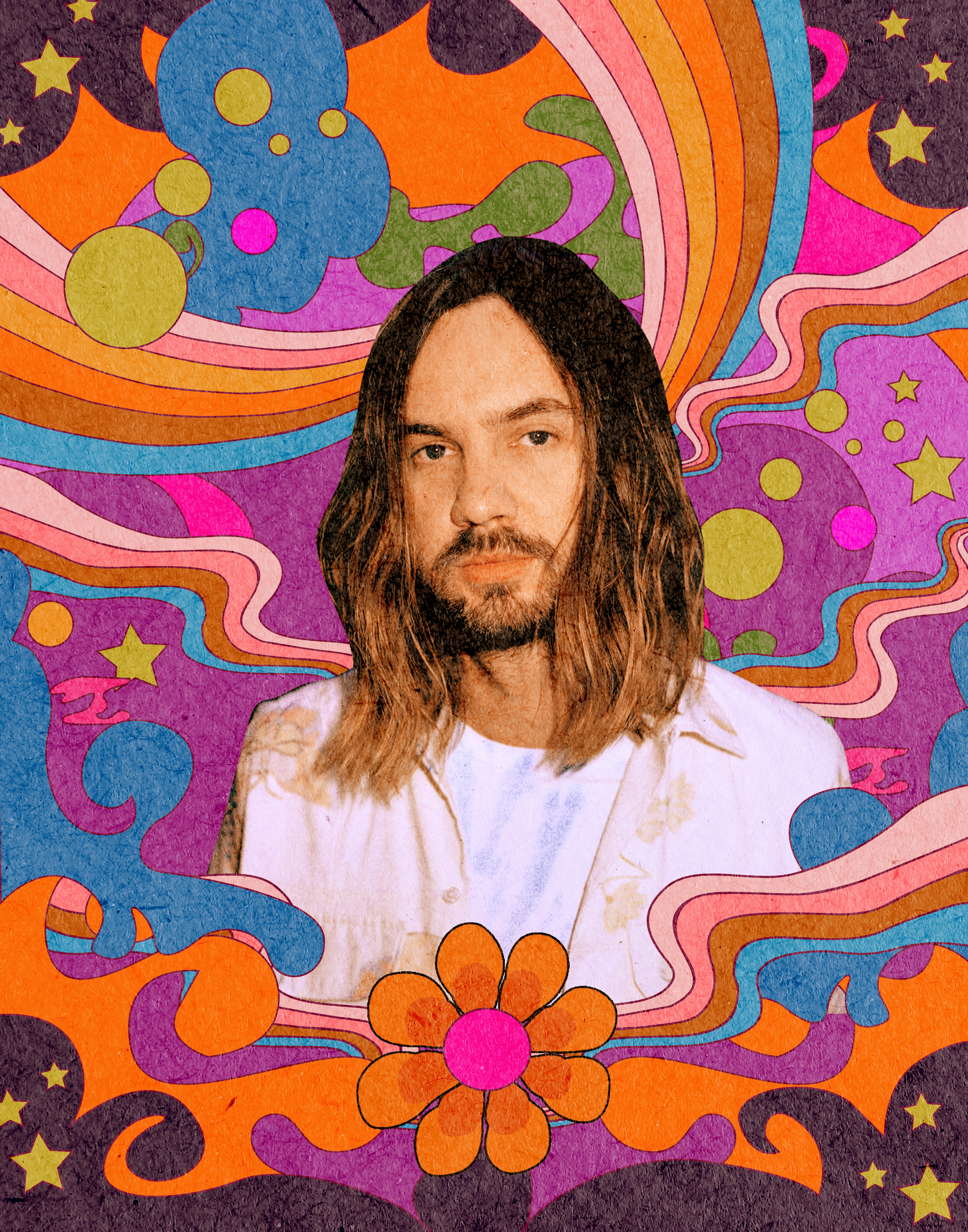 Opinion: ‘The Slow Rush’ Will Be Tame Impala’s Most Important Album

To be an artist and release four albums, each as amazing as the last is a rare thing. Even the Beatles and the Rolling Stones never managed more than one truly memorable run of incredible records. Tame Impala has released three. So far, each has been a remarkable contrast to what has come before, each has been as different as it has new. With every album, Kevin Parker has pushed himself to another level of fame, success and critical adulation.

Can he claim the victory of a fourth? The album in question, the recently announced The Slow Rush, has been completed and its arrival date confirmed. And with three singles to go by, the concern is not that The Slow Rush will a bad. It’s simply that it might be average.

What value is there in making a claim like this? Well, put it this way. Tame Impala is a project that has grown with its listeners. As his profile has grown, so too has Kevin Parker’s ambition, skill as a musician and ability as a performer. Having said all this the essential element of what makes his music potent has been there from album one. Under the surface of InnerSpeaker’s lysergic guitar lines lies the passion, subtlety and honest emotion of a remarkable songwriter. Parker’s ability to put himself across in song came even closer to the fore with Lonerism before being sweetened for a mass audience Currents.

The fact third album Currents made so many recent Best Albums of the Decade lists attests to the fact that a wider audience has come to recognize what many Tame Impala’s fans have known for close to a decade now. What those who object when Currents trumps Lonerism and InnerSpeaker in these Best of Decade Lists fail to grasp is the scale on which the album succeeded.  With Tame Impala now a known quantity, The Slow Rush is poised to reach further still. No doubt it will enjoy more record company promotion, more radio airplay and more hype than any other Tame Impala release. But the true measure of an album is not how much music industry artillery it gathers behind it but whether those who already know the band will accept it and whether it can win the ears of a new generation of fans.

Currents was the transition from indie to pop, both musically and in terms of audience. The Slow Rush is an opportunity to transcend it. To take the music outside of the cult of cool and critical acclaim – which Parker already seems to be letting go of with second Slow Rush single ‘It Might Be Time’ when he sings “you ain’t as cool as you used to be”  – and establish Tame Impala as an institution unto itself.

This would be a safe enough exercise were Kevin Parker a Play It By The Numbers kind of guy. He isn’t. While Parker courts a mass audience he doesn’t work with the producers or songwriters’ other artists in the pop sphere use to ensure success. Even the members of his own band claim to be in the dark as to what his new albums will sound like until they too are presented with the finished product. Tame Impala leads its audience, not the other way around.  Kevin Parker is his own master and if he can be said to be given over to any governing maxim it’s the same one as the Beatles had: “Never do the same thing twice.”

This may not be what draws people to an act like Tame Impala, a good hook and memorable chorus will do that job easily enough, but it’s what keeps them there. And it is also what can drive them away. The Arctic Monkeys are a recent example of a group whose Doors-meets-Pet Sounds excursion of Tranquillity Base Hotel and Casino damaged the hardwon approval secured with the meat and potatoes rock of previous album AM. (Particularly in the United States where the band had been struggling for years to breakthrough.) Tranquillity performed well enough in a commercial sense but compared to AM before it, it stiffed. See the band perform to an arena crowd it’s obvious the majority watching have no patience for the new material.

Taking too far of a leap is a perilous business.  People, music fans especially, tend to get attached to things. And when they do, they want to hold onto them. Once they have, any change can make them uncomfortable or even terrified.  Which leads to a paradox. Fans become resistant to change, while the acts they fall in love with remain driven by restless creative impulse and their own musical fascinations. This means that the prospect of a new release often sets an artist teetering on the edge of praise and condemnation. Tame Impala sits on the precipice of immortality and oblivion.

So far Kevin Parker has fit the bill of a restless creative mind. While he has co-produced a number of respectable Chart Pop collaborations with other acts, Tame Impala albums are beholden to little but his own interests. Kevin Parker makes the music he wants to make, and a growing audience has been there with him at every turn. But what happens then when his interests take a shift away from that of his fans?

Worse still, what happens if Parker begins to doubt himself to the point where he plays it safe? The moment an artist takes a step back into familiar territory, the kind conservative move fans will always demand, they commit the worst of all of popular music’s sins: self-parody. If an artist locks themselves into a Greatest Hit’s mentality – often a commercial necessity rather than personal choice – the audience will close themselves off to new material and simply demand The Hits. The Slow Rush’s singles seem to displace any fear that this is where Parker is heading.

Such risks though are not without reward. If The Slow Rush can navigate such hurdles and deliver the same transcendent experience of the last three Tame Impala albums, Kevin Parker will have elevated himself once again, transporting him and his fans to a place they could only really place a label on long after they’ve arrived. John Lennon may have put it best when he wrote the lyrics to the Beatles’ ‘Strawberry Fields Forever’ in 1966. “Let me take you down cause I’m going.”

With The Slow Rush’s first three singles there’s certainly a feeling that Parker wants to take the listener somewhere. There is a sense of minimalism and understatement to the music. ‘Borderline’ doesn’t rely on bombast. Musically it is as much about what Parker was leaving out as what he is putting in. In effect, this gives the listener an opportunity to appreciate what’s there, which in Borderline’s case is the feeling of being caught between pain and rapture, the torment and ecstasy of Parker’s recent life as it’s unfolded.

This theme is paralleled on ‘Posthumous Forgiveness’ which chronicles Parker’s troubled relationship with his late father Jerry over the course of a lifetime. When an artist writes about themselves on such a personal level as this, they are tearing out a part of themselves and giving it to their audience. They can only hope that it’s treated with care but that’s not necessarily what happens.

‘It Might Be Time’ launches itself on one of Parker’s tried and true philosophical-reflections-laced-with-optimism bents but really, it’s about that beat. The grandiosity Tame Impala can muster sits with Currents’ ‘Let It Happen’, these songs don’t drift into the entropic act of trying to recreate it, they float the listener into another space entirely and in doing so inform the listener that Kevin Parker is expanding his horizons.

He’s looking to take his audience with him too. Whether The Slow Rush will be demanding upon fans or seductive in its brilliance remains unknown. All that is certain is that those looking to find the comforts of the past within these songs are destined for disappointment. The Slow Rush will remind fans that genre and labels have never mattered. Kevin Parker projects his personality over whatever musical form he chooses and effortlessly makes it his own.

The world is catching on to the fact that Kevin Parker has been one of the foremost musical personalities of the last decade. One who has captured the feelings of isolation, anxiety, optimism and romance in a way that is both timeless and resonant in the present. Whatever Parker is singing about, whatever the musical accompaniment, whatever the lyrics, his emotions are out front.

At the core of Tame Impala’s work is something which destroys the barrier in a listener’s mind between them, the music and the artist. Speculation about The Slow Rush should not be about how the music will sound. It should be about how the music will its listeners feel and how, upon hearing it, they will have not only a better idea of what Tame Impala is all about but who they are as well.

Everything up until this point has been about this emotional narrative. The conceptual masterstroke of Tame Impala is not that each album, or song for that matter, takes the listener on a journey, but that each tells part of a greater story. InnerSpeaker started with a confused twenty-something who wasn’t sure of himself or the world around him. Lonerism took that inward-looking sentiment further and launched headlong into a mind-bending exploration of the feeling of isolation. Currents then cast it all aside to embrace euphoria.

The Slow Rush tells the next chapter of that story, it’s Tame Impala’s most important moment by virtue of the fact that it’s what is coming next. Like the pain and anticipation of waiting or the pregnant pause that comes when a sentence drops off before the most important part, The Slow Rush dangles just out of reach. It’s a sequel fans have been waiting upon for the last five years. In its spectral state – three singles and cover art – the album conjures all the promise, mystery and expectation an overly active imagination can muster. The wait for The Slow Rush’s arrival is a prolonged moment of anxiety and anticipation, the kind that only comes with the certainty of change.

When he first arrived, people pegged Kevin Parker a ‘psych rock’. Now they peg him as pop. What is overlooked is that all this time he has simply been his own man, singular in his sound and vision. If his material serves an audience, it’s as a result of musical brilliance and good fortune. This is a precarious position to be in for a private person and a public artist, one whose brain which tells him that every decision is a bad one but whose instinct demands he move ahead. Parker’s introspection, perfectionism, and self-doubt are integral to his art but what defines it is his ability to overcome them and take on life’s challenges on his own terms.

The trajectory of Tame Impala has consistently been upward, each album is transformative and deeply resonant.  Yet nothing lasts forever. Slow Rush could be the peak, the climax or merely another step in Tame Impala’s climb, but until it reveals itself to the world of large, whether it will be any of these things is infinitely unknowable. For this reason, the moment this album arrives will be Tame Impala’s most important.