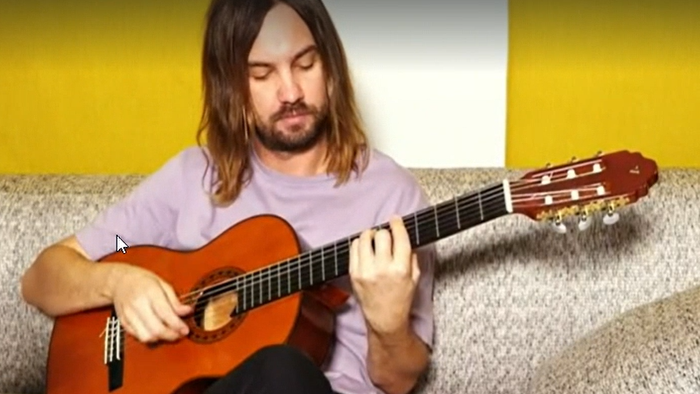 As a rare treat for Tame Impala fans, Parker rendered The Slow Rush number accompanied only by acoustic guitar.

“I know it’s been a slow year,” Parker sings, delivering lyrics all to appropriate to the times,  “nothin’ much to show here, I didn’t really go for it, so not a lot to show for it.”

Despite the song’s gloomier moments, its message is ultimately a positive one.

“A song for the eternal optimist,” Parker explained to Apple Music shortly after The Slow Rush‘s release. “The pain of holding on to your dreams. Anyone would say it’s impossible from this point. True it will take a miracle, but miracles happen all the time. I’m veering all over the road and occasionally spinning out of control, but strictly speaking I’m still on track.”

In addition to an extensive US tour, Kevin Parker and his band had initially been scheduled to tour Australia for the first time since appearing At Splendor In The Grass Festival in 2019 this April.

The tour has now been postponed until December.

The amended tour dates below.