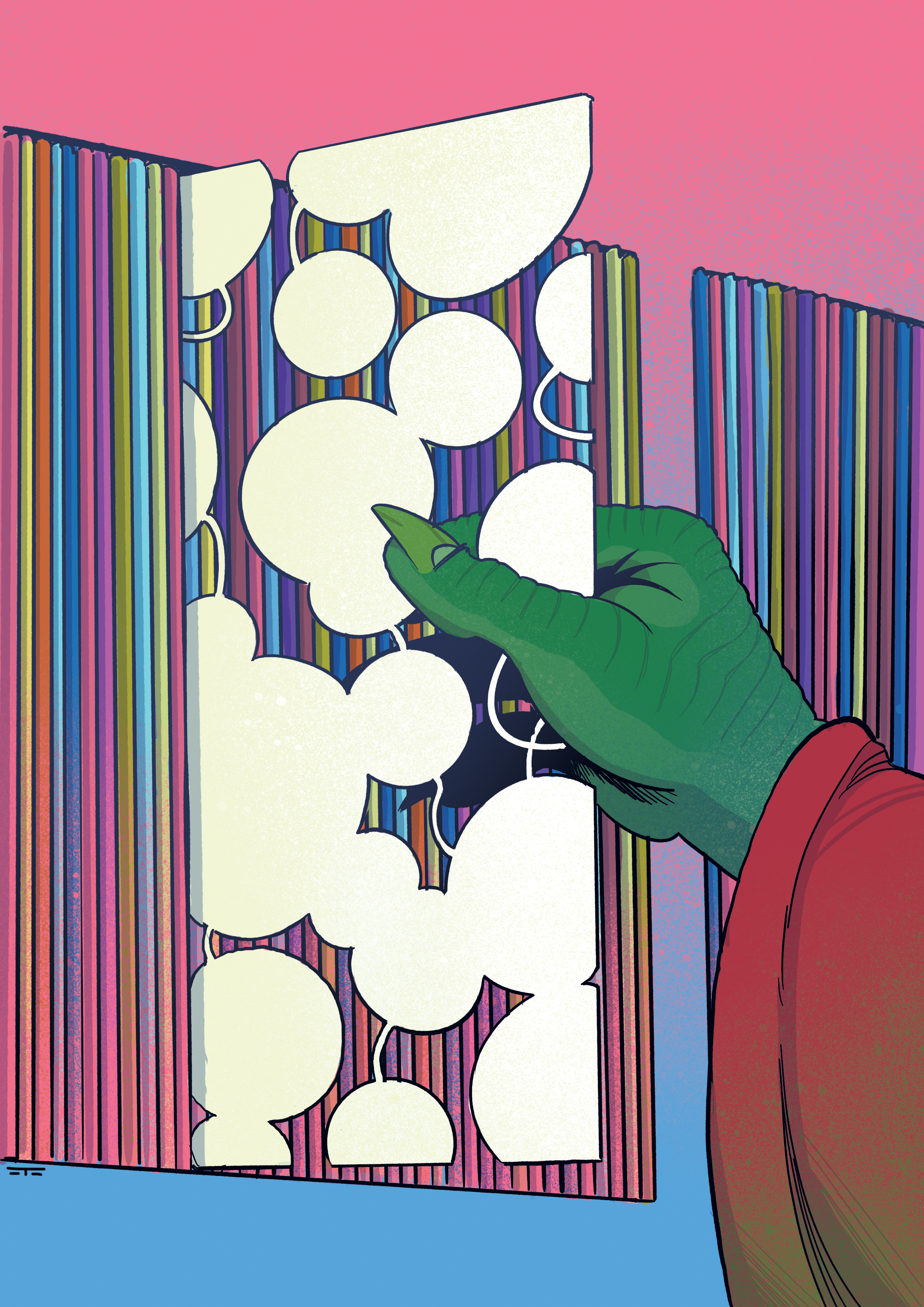 Key to understanding the mess of meaning that is King Gizzard & The Lizard Wizard’s body of work is I’m in Your Mind Fuzz. Released in 2014, the band’s fifth record was a turning point, an identifiable moment where they shifted away from their garage rock roots and leaned more fully into psychedelia. It’s a portrait of a group swept up by their own creative forces as they metaphorize into something new.

I can recall the exact moment I received my copy. It was Christmas, 2014. I had just opened my uncle’s gift, a stack of four CDs wrapped in old newspapers and held together by frugal packing tape. “Wrapping paper is a scam!” he used to say.

Of these four CDs, three were glossy and new. Scraps of price tags still clung to their plastic wrapping. The fourth was a plain CD in a clear case on which my uncle had scrawled: ‘King Gizzard & The Lizard Wizard/I’m In Your Mind Fuzz’.

I had, for a few years by this point, been exploring music, searching for artists and sounds that extended beyond what my family was listening to at home. My uncle, as something of an aficionado of the outlandish and underground, had taken an interest in nurturing this. In 2010, when I turned 13, he started me on entry-level rock acts like Pink Floyd, The Living End, and Wolfmother.

As my own tastes developed, I began returning the favor. We fell into the habit of exchanging music whenever we saw one another. I had already been expecting this fourth CD in his Christmas bundle and had stowed something similar among his gifts. (I cannot though, in all honesty, remember what I had given him.)

I didn’t listen to I’m In Your Mind Fuzz until sometime in January. In truth, I wasn’t that enthusiastic about it. The music my uncle had been giving me recently had not been staying with me in any meaningful way. All had been artists which fell squarely in the middle of the esotericism-meets-rock axis of his musical Venn diagram. Artists like Tism, They Might Be Giants and the BEAT FARMERS that were too loud, strange, or irreverent for comfort.

His love of these groups was extreme, and it was clear that he wanted me to love them too. But this created pressure. I was so desperate to impress him that listening to these artists became an academic exercise. I would play and replay songs, analyzing the sounds and lyrics to figure out what had made them so impressive in my uncle’s mind. In doing this I was missing the point of our exchanges.

My uncle didn’t often give me recently released music. So, when I became informed that I’m In Your Mind Fuzz was a new album I felt an even greater pressure to understand his choice. In doing so I was descending back into the funk that was compromising our sharing.

That descent was shortlived. From the opening chords of Mind Fuzz, I was taken. The music seemed to operate on sheer velocity. It was messy and sprawling and completely unlike anything I had ever heard. These songs didn’t feel like they had been recorded and re-recorded, polished until they were perfect. Rather, they were was rough and kinetic, as if the band members were playing around with new ideas, seeing what worked and what didn’t.

The album’s opening— a 12-minute sprint through four tracks, each of which bleeds into the next— is a testament to this. While the rhythm section remains locked in a fast paced groove the rest of the band explore different musical avenues within that framework, a new melody here, a recycled riff there, calibrating and recalibrating across the tracks. To me, this uncertainty was captivating.

That openness of process allowed I’m in Your Mind Fuzz to remain an essential part of my King Gizzard & The Lizard Wizard discography. Listening to it today, the album plays somewhat scattershot compared to later works. Its face-melting psychedelia, acid funk, and stoner jams don’t always sit together as perfectly as the more conceptually and stylistically rounded Nonagon Infinity or Murder of the Universe do. But each of its disparate elements foreshadows something to come. ‘Hot Water’ provides the bones for Sketches of Brunswick East, the apocryphal lyrical style of ‘Satan Speeds Up’ later evolves into Murder of the Universe, and that opening four-track dash is something of a test run for Nonagon Infinity.

These days I look forward to our musical exchanges. No longer simply a casual arrangement, they have grown to become an important part of our relationship, and I’m In Your Mind Fuzz was the seed. We are always looking out for new songs, albums and artists we think the other would like. We discuss our recommendations at length, sharing thoughts and feelings, perspectives and ideas. It’s our way of communicating, of expressing how important we are to each other, of saying, “You were on my mind.”

Despite being followed by newer, more complex works I’m In Your Mind Fuzz has not devalued with time. If anything, the album has appreciated in value. It remains a lynchpin among fans, a transitional moment where King Gizzard & The Lizard Wizard emerged from a cocoon of reliable but safe garage rock and began their evolution into the high concept outfit as we know them as today. I’m in Your Mind Fuzz as an isolated object is great. But when viewed as the scaffold for things to come— both creative and personal— this album is limitless.