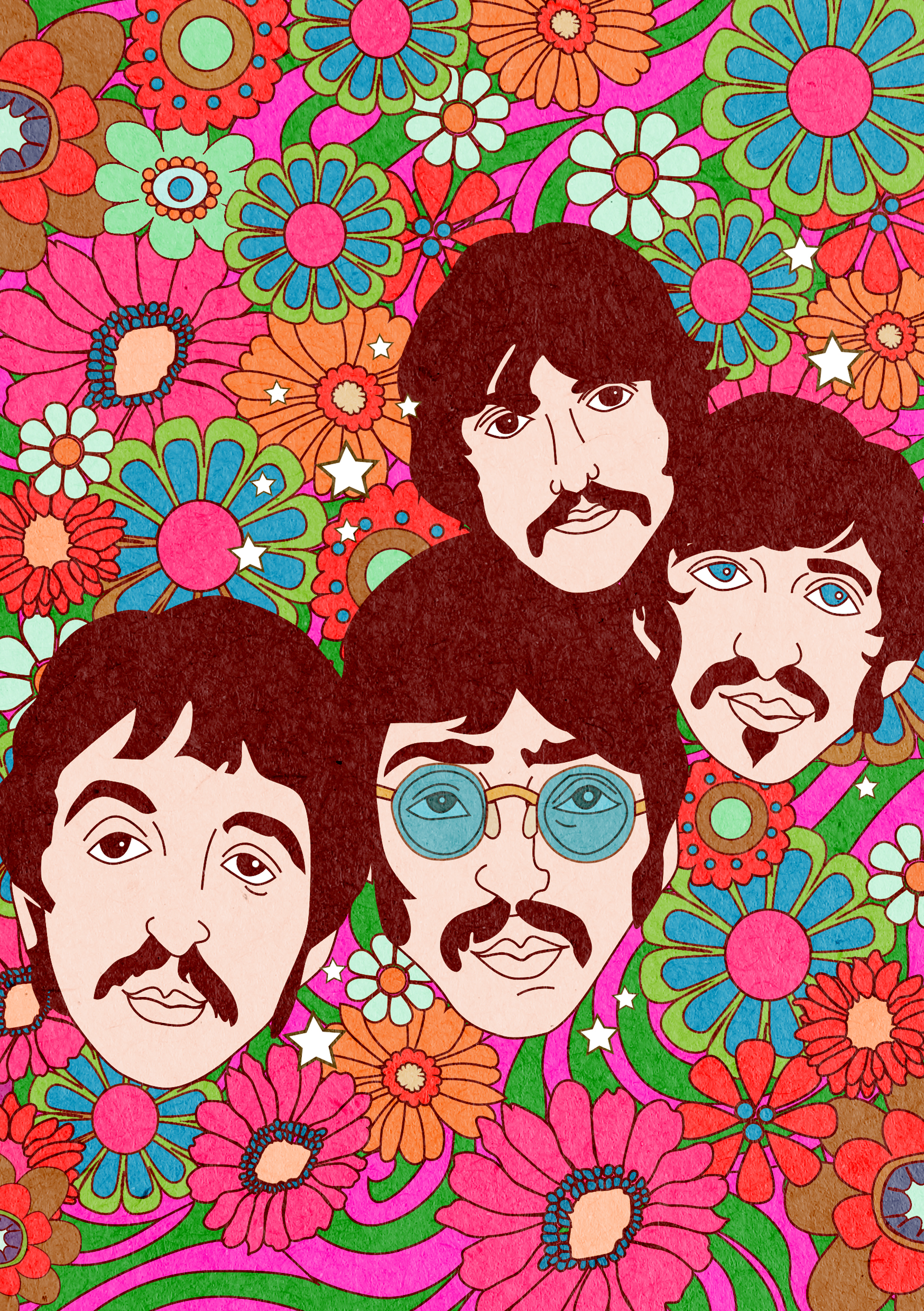 The Beatles broke up nearly three decades before I was born. By the time I was aware of them, two of the four were dead. Even my parents were too young for Beatlemania, though my dad, born in 1961, recalls hearing them on the turntable of an older sibling.

Unlike me, he existed in a world where they did too. He remembers his father, my grandfather, old-fashioned and a Nixon supporter, less than thrilled his kids were suddenly interested in long hair and electric guitars. My mom can remember exactly where she was when John Lennon was murdered.

There’s an entire generation between the end of the Beatles and the beginning of me. Unlike my parents, my perception of the band formed decades after they broke up. I grew up Googling photos of them and downloading their music on iTunes. Given that the Beatles I fell in love with were essentially a digital version of the band, I often wonder if I’ve gotten a similar experience as my parents or if my perspective is wildly different having come to them in the age of the internet.

Of course, to ask that question is to also ask whether the Beatles still hold the same power and influence. Arguably, the answer is yes. You need only to glance at the ticket prices for a Paul McCartney concert, or the hordes of tourists who flock to Strawberry Fields in New York. People are still willing, desperate even, to devote their time, lives and money to a band that, in comparison to many rock groups, was only making music for a split second.

And how about the people like myself? Who were not even old enough to drink liquor when they were sitting down at a computer trying to figure out who the hell the Beatles were. My generation is the one of the rise of the iPhone and Rock Band video games.

The entire history of the Beatles was available to us at the click of a button. But if you had music-loving parents with even a shred of decency, like mine, they would have taught you, indirectly perhaps, that the art of listening is through each individual album, played start to finish, no interruptions. I learnt this when my mother was sad she had to sell her station wagon and give up her beloved 8-track cassette tape player. I would learn this when I gifted my dad a new CD of the first Dire Straits album because he played his old one so much it was broken in half a dozen places and I was tired of scratching my hand on shattered plastic whenever I reached into the glove compartment. The album as a whole is everything.

When I started hearing Beatles records because my parents are playing them, I was completely unaware of the generational break which had occurred. At one time, listening to the Beatles was something you did in spite of things — you listened to them because they advocated sex, drugs, radical politics. Liking a band, or being in one, was at the very top of the list of things that would stick it to your parents.

Now, I can’t think of anything that places me closer to my dad. One of my earliest memories is of being no more than five or six and him burning me a homemade CD with ‘Octopus’s Garden.’ I listened to that CD until it had more scratches than actual music. Instead of listening to the records of some long-haired guys in an effort to rebel, the Beatles became a family band. If you go to a McCartney or Ringo Starr concert, you’ll see just as many young children as you do adults. Little kids sit on their parents’ shoulders and bop along to ‘Yellow Submarine’ and ‘All Together Now’.

And that generation is even younger than I am.

While we may not have been rebelling against our parents, my generation still used music as a tool for creating identity. Top 40 Radio just wasn’t cutting it for some of us and listening to something other than the hits was a lot more interesting. In contrast to using the music of the Beatles to bridge gaps with our parents, we used it be different, non-mainstream – “No, sorry, I haven’t heard the new Taylor Swift album, but have you heard this bootleg from the Abbey Road sessions? Incredible!” And thanks to the internet, connecting with like-minded people was effortless.

It would also be remiss if I didn’t acknowledge that some things will never change, namely the perpetual draw of the groupie lifestyle. My mother just might be the queen of the Peter Frampton groupies, and that dedication was passed directly to me. So long as there are famous, attractive men in the music business, there will always be clusters of young women eager for their attention. This applies to musicians from the present and the past — developing a crush on 1963 Paul McCartney is easy, trust me. Can you be a groupie for a band that doesn’t even exist anymore? I think so.

Of course, when people realized that the Beatles were still of impressive value, their commercialization began anew. When the Beatles: Rock Band video game was released in 2009, it took the world by storm. While my parents yearned to be just like the Beatles, my generation achieved that satisfaction with the touch of a button.

In my lifetime, every single aspect of the Beatles — musically and culturally — became instantly available via smartphones and streaming services. It used to be that only the privileged few within a family could afford the luxury of buying a new album. Perhaps funds were pooled, and a communal copy bought. My generation now has every single Beatles song you can name, all for a small monthly subscription fee. While many will argue that this inevitably devalues the music, and surely it does, it has also made the Beatles work far more accessible. Universal, too. Millions of people across the globe can enjoy each song and album, as they please. There will also come a time when the music of the Fab Four will exist entirely within the public domain.

Does listening to the Fab Four on my phone or through a pair of computer speakers me less of a Beatlemaniac? Viewing the band from this backward lens does make my perception different, but the essence of the Beatles doesn’t really lie in the wildness of their fans or the ups and downs of their 10-year career — it’s rooted in the music and the way it makes those who hear it feel. The associations and the connections listeners make with those songs are as new and immediate as when they first arrived. I might not be able to remember when they appeared on the Ed Sullivan show in 1964, or when the Beatles played from their final rooftop concert in 1969. I wasn’t around for the paths each member took.

But I do remember dancing with my dad to ‘Octopus’s Garden’ as a kid, and playing outside with my sister while the Red Album played on loop on a portable radio, crying happy tears with my best friend while we watched Paul play his only ever show in my hometown, hugging my roommate when we saw Ringo and he reminded us about the importance of peace and love, and singing along loudly to a guy covering ‘Help!’ in the Cavern Club in Liverpool.

The Beatles’ digitization played a role in all these things. I may not be able to hold photos, albums, tickets in my hands but the experiences have been nothing short of authentic. And all because of a band that broke up nearly three decades before I was born.