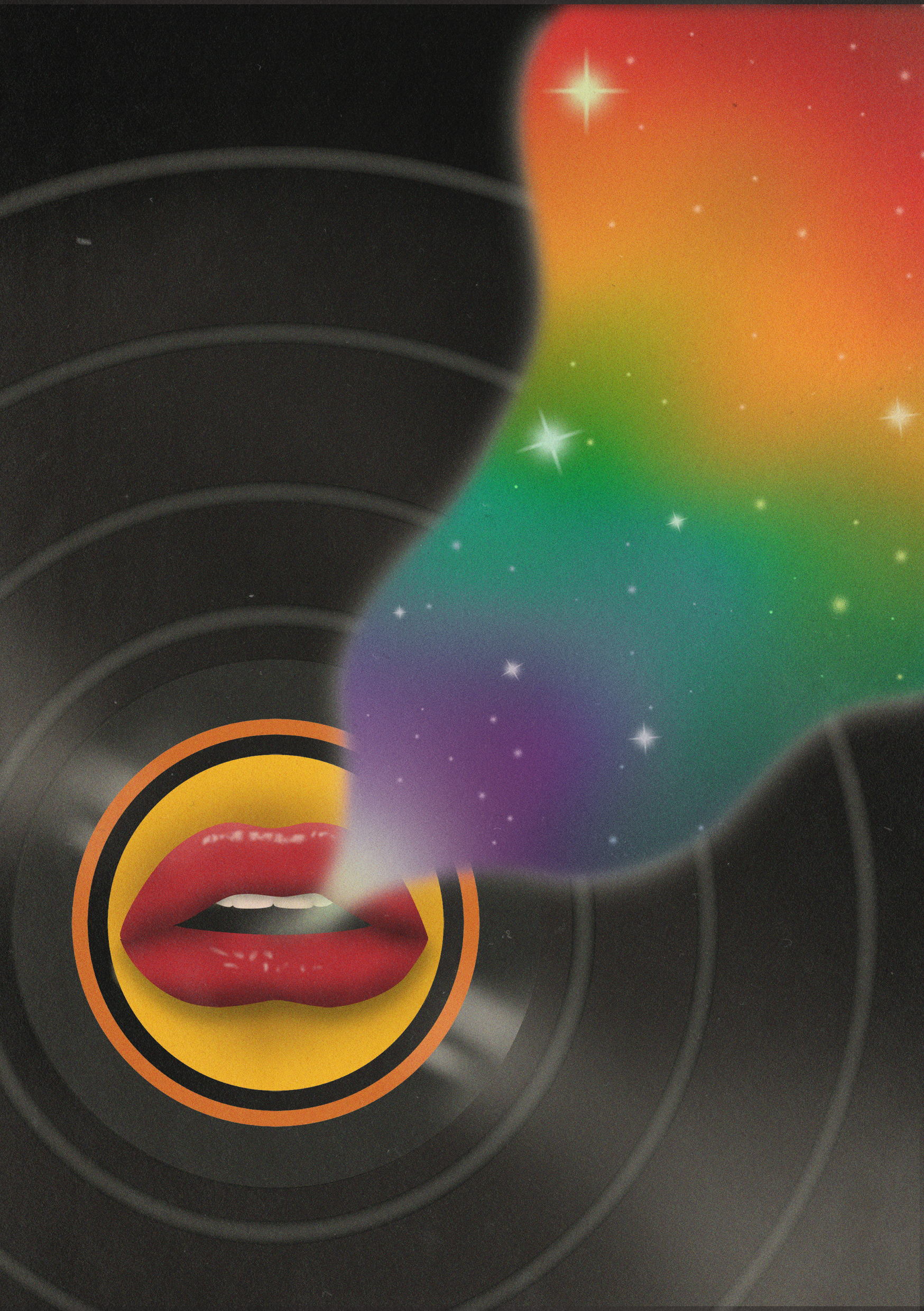 We were on the back porch outside his friend’s house, passing a joint. I couldn’t tell you what they were talking about – I was too shy and stoned to contribute. The location is not particularly important either – all you need to know is it was a semi-rural student town with not much else to do apart from visiting the local art gallery or kids’ science museum. Ideally, while high.

The truth is, there were only 42 minutes and 32 seconds of this night worth writing about. They happened after we went back to his dorm. It was a grey room, sterile in the way student housing is. He skimmed his music for some background noise and picked Dark Side of the Moon.

“Sometimes when I really miss you, I get stoned and listen to this,” he said. As he began kissing me, a slow, steady heartbeat filled the room, ricocheting off the furniture and reverberating through our bodies. As fractals danced across my closed eyes, it felt as though the entire room was inside my head, and I was listening to the wheels in my head turning.

But for me, they have always been a full-body experience, like standing in the front row of a concert and feeling the bass vibrate through you.

Back in that student house, I felt harmonious, like I had a place in the universe. The storms within my head relaxed into gentle waves, rising and falling in time with my heart. We lay there in the and drifted to sleep in each other’s arms.

The memory stayed with me. But the album didn’t become part of my regular rotation. Somehow, it felt sacred.

We broke up a year later. It wasn’t amicable but could have been worse. I didn’t have to move to a new house, or break away from a friendship circle, or say goodbye to a pet. To make things better, I threw away his love letters and his mixtapes. I stripped my playlists of songs he liked and purged my photo albums of anything that brought a heaviness to my chest, sinking to my stomach or dampness to the corners of my eyes.

I might have never listened to another Pink Floyd song again if it hadn’t been for a documentary series called Seven Ages of Rock. The second episode was dedicated to the origins of prog, The Velvet Underground, David Bowie and of course, Pink Floyd. Seven Ages was a revelation.

My ex had always acted like anything before Dark Side and after Wish You Were Here didn’t exist. This made The Piper at the Gates of Dawn and other albums from the Syd Barrett era were a new experience. I found them discordant and jarring but delighted in their weirdness. I discovered I liked The Wall, even though my ex had often told me it was too commercial. Still, I couldn’t face listening to Dark Side on my own.

I started seeing someone else, another student. He played guitar in a band and on our first date we shared a plate of nachos while trading obscure facts about rock’n’roll. On our third, I invited him back to my place, offered him a joint and put on an episode of Seven Ages of Rock. By the time the credits were rolling, Dark Side of the Moon seemed like the natural choice.

It didn’t work out, but my tastes in music expanded while we were together. This time around, it was amicable enough that I didn’t feel the need to blacklist entire bands when he left. In fact, I went in the opposite direction.

I made it my mission to have a Pink Floyd Experience with every lover I deemed worthy. Casual flings, friends with benefits, long-term partners, or none of the above, there were probably about six or seven. I didn’t need to be in love with them, I simply wanted to create new memories. There were others who didn’t make the cut, Pink Floyd was too special to be tainted by someone who acted like Syd Barrett had never existed.

I created memories on my own too. I would play Dark Side on loop – never shuffle – while writing, sketching, or painting. Sometimes it was a psychedelic lullaby that put me to sleep. Every new memory was a sledgehammer to the wall that separated music from memory, sending bricks, dust and debris in every direction until nothing stood between me and the music.

With Pink Floyd, I have transcended time, space, and genre. Their music was timely, yet prescient. They painted an honest and sympathetic picture of mental health in a time understanding of the subject was limited. They depicted madness as something that could happen to anyone – rock stars, those who suffer loss or just ordinary people worn down by jobs they hate and social norms they never fully understand.

It’s been seven years since that night in the student house. It no longer hurts. I can’t remember when it happened. At a certain point, the memories blurred.

Yesterday I played Echoes over the final twenty minutes of 2001: A Space Odyssey. The synchronicity blew my mind. I’m still hanging out on the dark side. I’ll see you there.