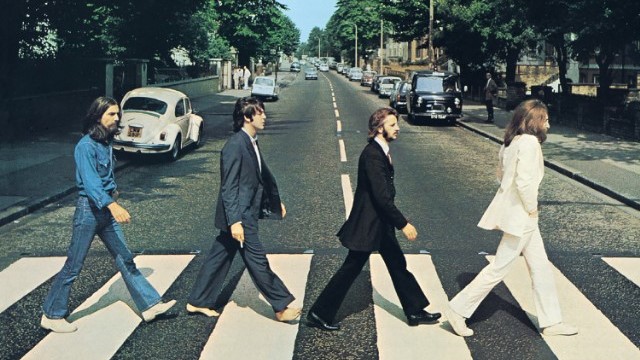 Abbey Road Recording Studios is back in business.

After a 10-week coronavirus lockdown, the world-famous recording studios have reopened their doors.

The site of The Beatles’ greatest musical triumphs – not least of all 11th album Abbey Road – as well as Pink Floyd classics The Dark Side of the Moon and Wish You Were Here, the studios have played host to a staggering number of era-defining albums.

Abbey Road’s March 31st shutdown was the first in its 90-year history.

“We didn’t even stop for a World War so it feels like a real moment to come back,” Managing Director Isabel Garvey shares with Reuters.

First to pass through the studio doors has been US jazz singer Melody Gadot and London’s Royal Philharmonic Orchestra.

Gadot and company are recording in strict adherence to social distancing regulations.

“We’re using the best of technology and musicians in the space to make the whole thing work,” Isabel Garvey explains.

“It’s a little bit frustrating sometimes because of course,” Gadot adds, “like so many other things, you miss the tactility.”

Nonetheless, the reopening is good news for Abbey Road’s staff, half of which were unable to work remotely during the lockdown.

While the party-like atmosphere the Beatles enjoyed when recording Sgt. Pepper’s Lonely Hearts Club Band may no longer be a possibility, things are looking bright for the studios in the coming months.

“There’s big pent-up demand,” Garvey reveals, “so it’s looking good but it will take time to ramp up back to normal levels.”

The Beatles recorded roughly 90% of their albums and singles at EMI Studios between 1962 and 1970.

“There are so many great memories at Abbey Road,” former Beatle Paul McCartney recalled in a recent fan Q&A via his official website,  “It’s very hard to choose one, but just to pick out of the bunch, I think it was recording the orchestra on ‘A Day In The Life’. That was pretty special.”