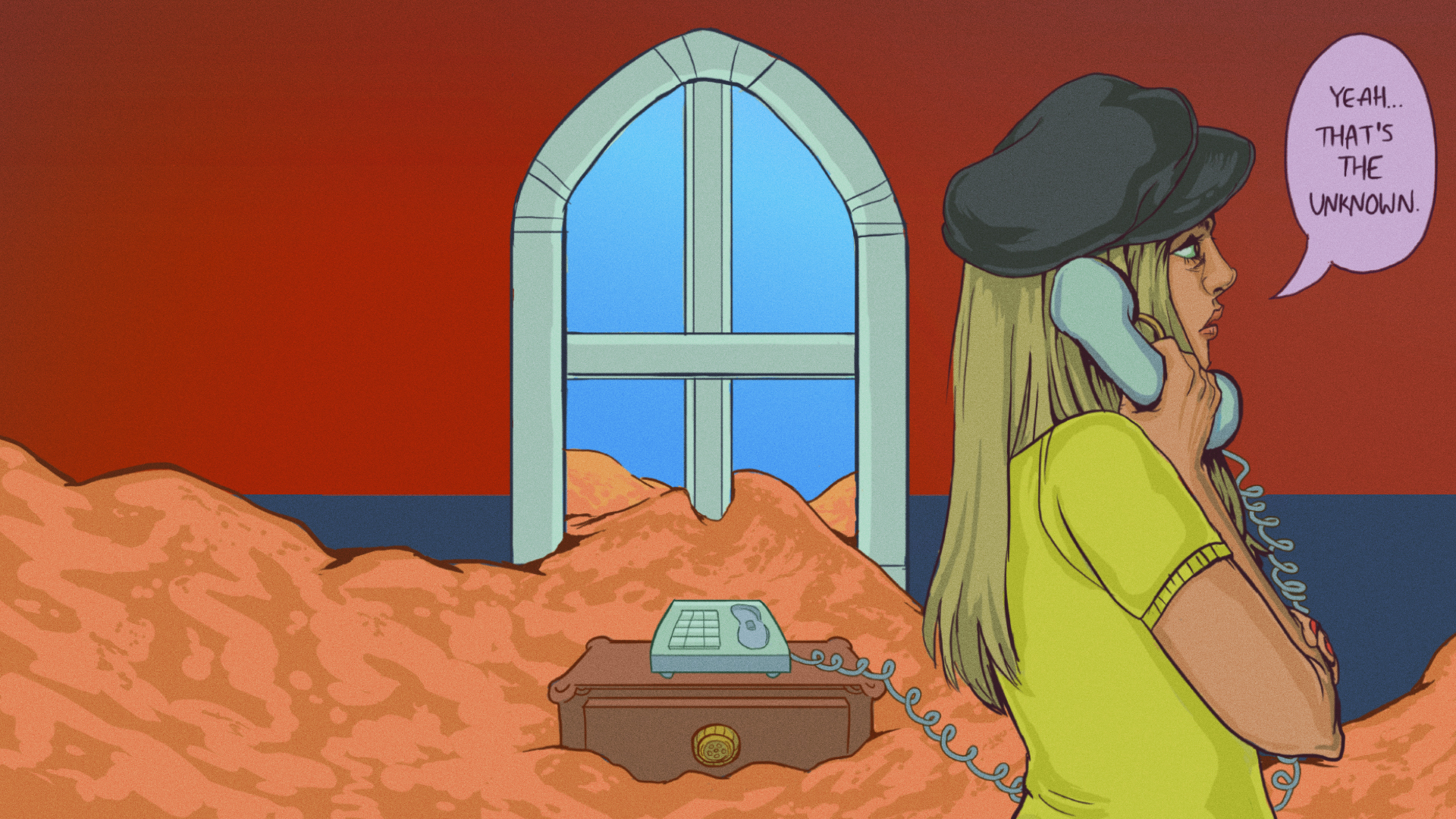 Who is Sophie Lawrence Parker?

If you are a Tame Impala fan, chances are you first met Sophie Lawrence Parker on Currents’ ‘Past Life’. She was the voice at the end of the phone at the song’s end. As to how she got there, the lyrics say it all.

‘Past Life’ tells the story of a lonely man. After glimpsing an old flame in the rearview mirror while driving, he is overcome with a longing to reconnect with the past. Not wanting to dig up old bones, he struggles with the impulse to call someone he once considered somewhere between a lover and friend.

“It’s about a guy who’s growing up,” Kevin Parker shared with Mojo Magazine in 2015. “He’s moved on. There was this crazy part of his life, completely unhinged and romantic… He sees someone he hasn’t seen since that time. And it completely time-warps him.”

Though the narrator of ‘Past Life’ doesn’t even know if her number is the same, he decides to make the call. The rest, as they say, is history. While Kevin Parker’s songs are often as much fiction as they are biography, a fan is left to wonder if this song is not entirely about himself.

In the wake of the release of Tame Impala’s third album, more details of Sophie Lawrence emerged. She was an accountant from Perth, Australia, Parker revealed. They both had gone to the same high school. She had known him since he was 13. The pair had fallen in love and gotten together around a year and a half before the release of Currents.

After one Billboard journalist noticed Parker now sported a small ‘S’ tattooed to his forearm, Parker informed them Lawrence had gotten a matching ‘K’. He then discussed her career as an advertising executive. “Her job is all about triggering people’s emotions, finding ways of connecting with people” he enthused, “That’s exactly how I feel about writing songs.”

When the two married in February of 2019, it made the news. As Tame Impala’s profile had grown since the release of Currents so too had public interest in its creative architect’s personal dealings. While the wedding was a secret ceremony at a Western Australian winery, fans savored the small details, from who was there (no one too famous though there were several high profile invites) to the fact the late night reception had been catered to by an order of 150 McDonalds cheeseburgers.

Leading into the 2020 release of fourth Tame Impala album The Slow Rush, Kevin openly discussed how his marriage to Sophie Lawrence Parker inspired his new material. When the album was released on February 14th, 2020, exactly one year after the pair’s wedding, it was little surprise Sophie’s voice appeared. Again, she was on the phone. This time in the closing moments of ‘Tomorrow’s Dust’.

“I wanted to just get this ambient [noise] of her talking on the phone,” Parker explained while in conversation with Australian radio station triple j. “So much of this album has to do with the future and what’s gonna happen for the rest of your life so I got her to talk about the future, like what you’re gonna do… But she drew from her past. She spent some time in London. When she came home, she was kind of strung out. She didn’t know what to do. She was kind of at a loss. She was just literally talking from her own perspective a few years ago when she didn’t know where she was going in life.”

‘Instant Destiny’, another song from the new album, reveals Parker’s inner dialogue as he proposed to Lawrence: “I’m about to do something crazy, no more delayin’/ No destiny is too far/We can get a home in Miami, go and get married/Tattoo your name on my arm.” He then picks up on the story of their relationship for the album’s closing track ‘One More Hour’. “All these people said we wouldn’t last a minute, dear,” Parker sings, “I’m with you and I can roll into another year.”

Shortly before the album’s release, Lawrence would make a similar reflection via Instagram. “One year down,” she wrote, “of a whole lifetime of you being my husband and me being your wife. Forever is defs not enough tho.”

Despite figuring so heavily into Tame Impala’s recent material songs, Sophie Lawrence Parker leads a life outside of Tame Impala. In 2017 she dropped a career in advertising to become a partner in an organic ice cream company Denada, “ice cream created out of a need for deliciously tasty, healthy treats. 99% sugar free but 100% delicious! All natural ingredients.” She maintains a modest Instagram following and resides in LA with Parker for 6 months of the year before flying back to Fremantle, Perth for the other six. This achieves what Parker describes as an endless summer.

Tame Impala’s first two albums told stories of isolation. When Kevin Parker’s voice was joined by as second on Currents, fans couldn’t help but take notice. His seemingly self-contained world was shattered and reality flowed in. Lonerism’s loner wasn’t any longer that alone. As the music of Tame Impala itself shifted towards the slicker, simpler and adventurously poppier so have its lyrics transformed. As the feeling of isolation subsides, happiness and contentment seep in.

While her own life may be a separate one to Tame Impala’s Sophie Lawrence Parker has played a pivotal role in the transformation of Kevin Parker. She’s a character in the story which, at least for the moment finds, itself sitting in a moment of optimism and tranquillity.  As for where it will lead, fans will have to wait for another album to find out. Something, Kevin Parker assures his fans, will not take another 5 years.